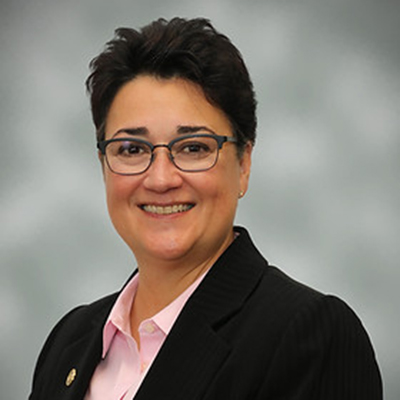 Kathleen Stauffer graduated from Point Park University in Pittsburgh with a bachelor’s degree in Journalism & Communication and a Russian language minor. She worked as a journalist, photojournalist, editor, and publisher for 30 years, advancing to division and then magazine group president & publisher for Bayard Presse (France) in the United States.

In 2009, Kathleen joined The Arc New London County facilitating in October 2010 a successful merger between The Arc NLC and Seacorp, Inc. In 2019, she led a merger between The Arc NLC and The Arc Quinebaug Valley establishing The Arc Eastern Connecticut, a $20 million nonprofit recognized for its excellence. Her executive experience in nonprofit and for-profit corporations encompasses mergers/affiliations cross-sector.

Kathleen’s involvement in local, state and national public policy includes serving as co-chair of the Human Services Coordinating Council for the Southeastern Connecticut Council of Governments (SCCOG) and an appointment to the Governor’s Cabinet on Nonprofit Health and Human Services by Gov. Dannel P. Malloy. She sits on the Board of Directors of The Arc of the United States and is a past member of the National Conference of Executives of The Arc (NCE) Steering Committee and past-president of The Norwich Rotary Club. In 2011, she won NCE’s Rising Star Award and in 2014 was named Executive Director of the Year by the Chamber of Commerce of Eastern Connecticut. In 2018, she received the NCE Chair’s Leadership Award.

She holds a Master of Public Administration degree with a certificate in Human Resources Management. Her latest book, 11 Secrets of Nonprofit Excellence – focusing on team building, mergers and organizational transformation – is under contract with Business Expert Press.

Register now to save your spot! Don't miss out on this amazing conference.